Home > All Blog News>Why We Torture Our Feet: Reflecting On Our Choice of Footwear

Why We Torture Our Feet: Reflecting On Our Choice of Footwear

As a woman, I’m at a loss when I try to justify why I continue to wear painful heels and oddly shaped shoes with tiny restricting toe boxes. I’ve often said, “they hurt but I’ll only be wearing them for a short time.” However, a short time feels like an eternity when all the blood rushes to your toes and your feet swell from standing and walking around. With the foot and ankle containing 26 bones, 33 joints, and over a hundred muscles, tendons, and ligaments; I started to wonder why am I putting my feet through this? What kind of message am I trying to communicate through my choice of footwear?

My first thought: At least I’m not breaking my bones and binding my feet like they did in China during the 10th and 11th century. In case you were curious, food binding, also known as, “golden lotus” or “lotus feet”, is a term used in China to describe broken and bound feet of young women.

Interestingly, the custom of foot binding is believed to have originated between the 10th and 11th century in Imperial China among the upper class but became popular during the Song dynasty.  The Song dynasty, most known for being the first government in history to issue banknotes and the first dynasty to use gunpowder, was also a vibrant people and the custom of foot binding spread to all social classes. Beautiful “Lotus Shoes” were constructed with the highest craftsmanship and finest materials to showcase these delicate yet mangled feet.

And then there is one’s posture to consider. I myself have poor posture, so when contemplating wearing heels, I am reminded of how it affects the gait cycle. Clearly, I’m wobbling around, there’s no question about it, but what about the long-term consequences of wearing heels? When did heels become a sought-after style in footwear anyway?

It turns out men wore heels first!! I know, shocking, right? In the 1700s in Europe men wore heels to appear taller and subsequently convey power to their peers. King Louis XIV, being short in stature, wore red heels and not long after, it became widely accepted by men of nobility to do the same. Even though men were noted as wearing heels first, women were doing their part to contribute to the practice of wearing ill-fitting footwear by sporting Chopines in Venice.

Chopines, wooden sandals on platforms, were a popular choice of footwear among women throughout the 15th, 16th, and 17th centuries in Venice. Chopines were originally used to protect one’s feet from mud and dirt while walking through the streets; but the luxurious detailed embellishments would suggest this type of footwear took on a purpose beyond that of functionality. 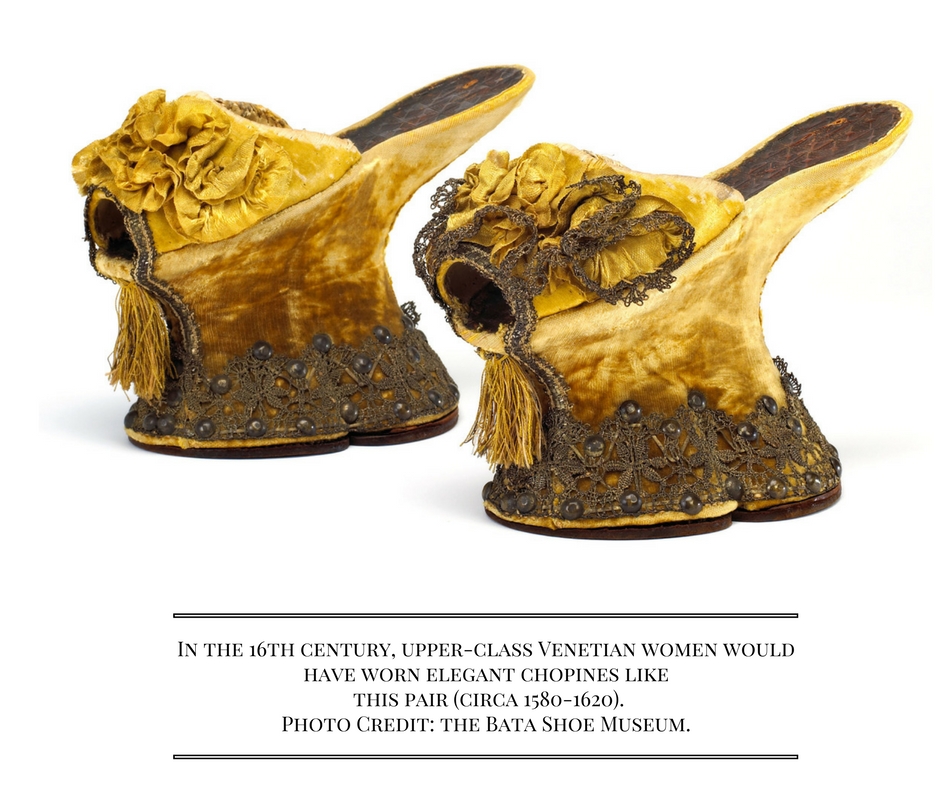 The raised thick sole made it extremely difficult to walk safely requiring the use of an attendant for whom the wearer could use to maintain balance. A person able to employ such a person would be viewed as well-to-do making Chopines appealing to those seeking to express a status of wealth. Venetian law prohibited wearing Chopines with platforms higher than 3 inches; however, it was not uncommon to see Chopines with platforms of up to 20 inches high.

On the opposite end of the spectrum, we have Padukas which were mostly worn by spiritual gurus in India and viewed by Hindus as economical and ascetic. Padukas are wooden shoes made with a sole and a post and knob placed between the big and second toe. Even though Padukas are made of wood and sometimes even made with small stilts, these toe knob sandals are still quite popular today and may be seen at special occasions such as weddings. 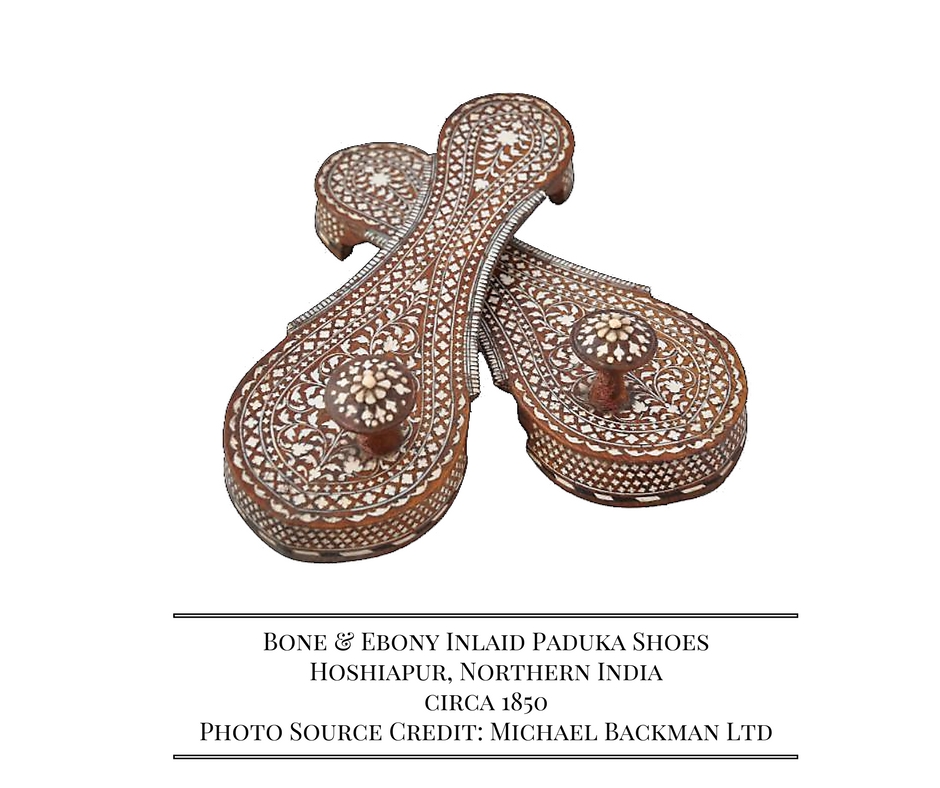 And, of course, we cannot leave out the newest craze in Mexican footwear, the Mexican pointy toe boots. Mexican pointy boots, also known as Trival boots, are believed to have originated in Matehuala, Mexico in 2009, and feature elongated pointy curled toes of up to 5 feet. Typically worn by all-male troupes who wear them while dancing to electronic dance music, it is common to see these boots adorned with LED lights and disco balls.

We all know restricting the toes can lead to bunions and hammertoes. Hard materials such as wood and small toe boxes can create calluses and corns. Poor posture and unnatural gait cycles lead to back pain. So, why sacrifice health to convey a status of wealth and/or power, or present ourselves as carefree or humble, or attractive?

It would appear we are seeking approval from others to relieve us from the distress and anxiety we feel about ourselves. While seeking validation from others we are obsessively assessing our own self-worth. A quick way to muffle the voice of our own inner critic, is to gain approval from others. We accomplish this through many forms of expression, including wearing uncomfortable and damaging footwear.

For example, when I wear heels I feel sexy and desirable which is a quick way to combat my own self-doubts about being viewed as sexy and desirable. And when I wear an older style of New Balance shoes, I’m hoping others will see me as classic, timeless, and hip which combats my own view that I’m none of these things.  Or better still, I wear flats to appear humble, reliable, and grounded when internally I feel unpredictable and flighty.

So, I guess what I’m getting at is this: If you know your mind is playing tricks on you and finding short cuts to obtain a sense of self-worth and validation, can you beat the system and skip the part of torturing your feet in the process? For me, I need to try because my “dogs are barking” and that sound is currently a lot louder than the voice of my inner critic.

**It is advisable to consult a health-care professional such as a doctor or podiatrist before taking action based on any information found on our website. Our goal is to provide information and educate others on a number of issues relating to foot health, not give medical instruction.